Executive Director
Ian started his love affair with RMBL as a summer student in 1988, shortly after receiving a bachelor’s degree in math and physics from Trinity University (Texas). After receiving his PhD in Ecology and Evolutionary Biology from the Univ. of California-San Diego, he worked as a research scientist at the Univ. of Houston and was a visiting faculty member at Truman State University (Missouri). He's been Executive Director of RMBL since 2000 and lives full-time in Crested Butte where he has raised two sons, Cormac and Giles, with his wife Jennie. 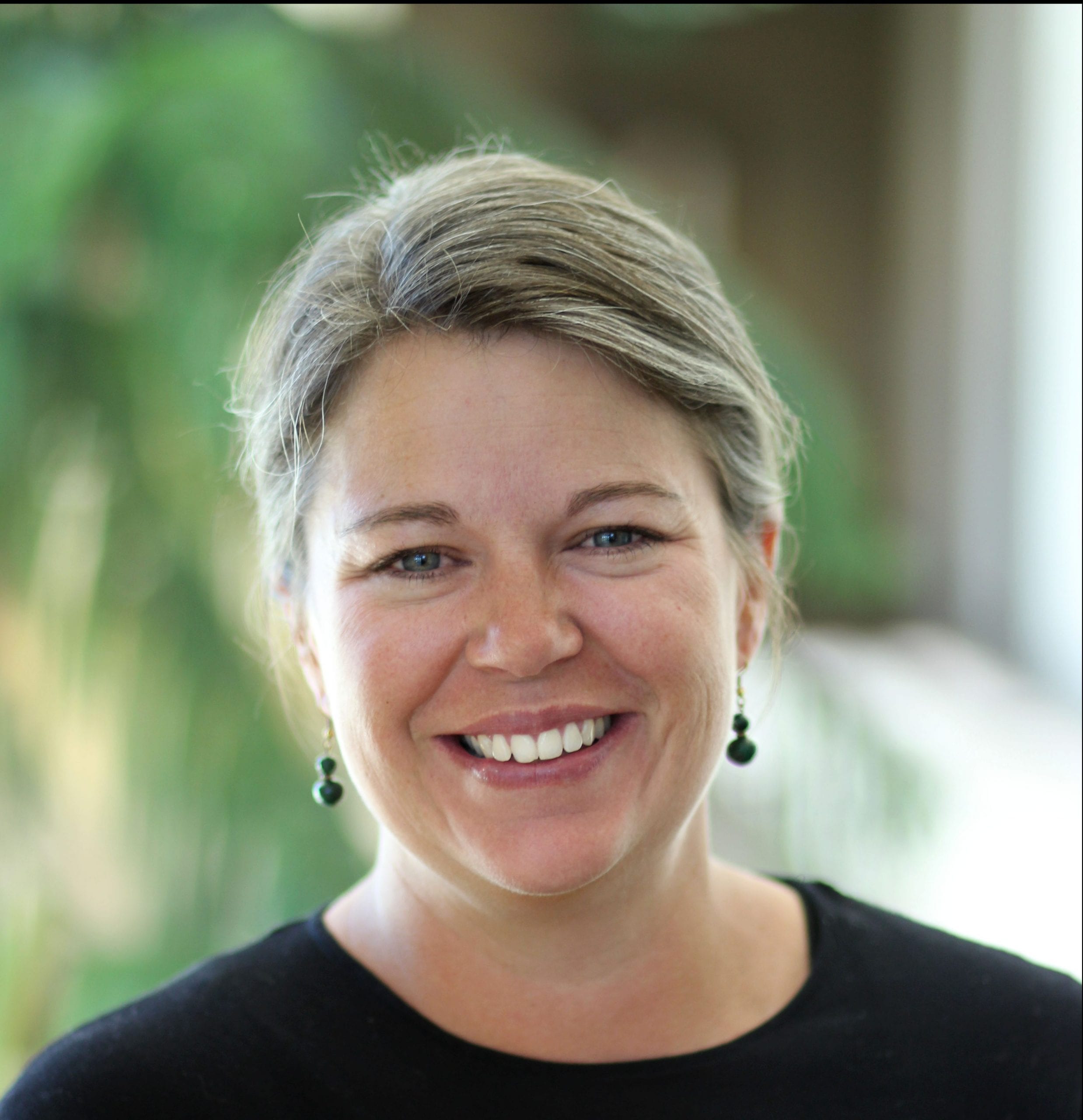 Chief Operating Officer
Kelly is a certified public accountant and started her career at Deloitte, a global public accounting firm. She has 10 years of experience in the nonprofit sector, especially in finance, strategic planning, board development and fundraising. She has worked with RMBL as a consultant since 2016. Kelly and her husband, David, moved to Crested Butte with their children Lily (14), Joseph (11), Caroline (9) and Wesley (8) in 2015.

Facilities Director
Steve joined RMBL as the Facilities Director in May, 2017. Steve grew up in Colorado and has a B.S. in Civil Engineering from the University of Colorado, Boulder. He spent over 25 years working in heavy civil construction, primarily building municipal water and wastewater treatment plants along Colorado's Front Range. After several years attempting to live part-time in the valley, Steve and his wife Alice moved the family to Crested Butte in 2013. In his free time Steve enjoys skiing, mountain biking and chasing after daughter Siri, son Tor and puppy Kelso. 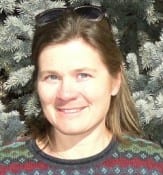 Science Director
Jennie first came to RMBL in 1993 as an undergraduate, working on bee behavior research. Since then, she's been a winter caretaker, graduate student, and instructor at RMBL. She became the Science Director in 2007. She and her husband, Ian, and two boys, Cormac and Giles, enjoy spending summers at Gothic, climbing mountains, looking for bugs, pulling weeds, and socializing in the dining hall! 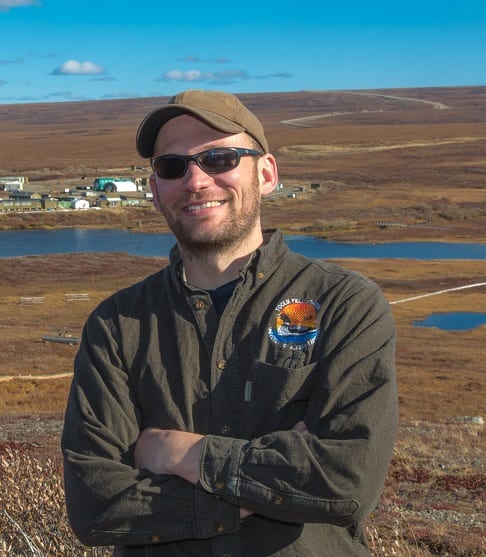 Director of Administration
Brett has been drawn to the natural world and remote areas since spending every available moment in the forests and on the lakes of the Upper Peninsula of Michigan as a child. Once he turned 18, he packed his belongings and headed north to Alaska for college and adventure. For 16 years he supported research and education at Toolik Field Station in Arctic Alaska, ultimately as the Associate Director of Operations and Finance. In 2020, Brett, his wife Leah, and two boys Sam (6) and Teddy (3) traded arctic for alpine with a move to Crested Butte. You can usually find them at youth hockey, riding bikes, or drinking hot chocolate. 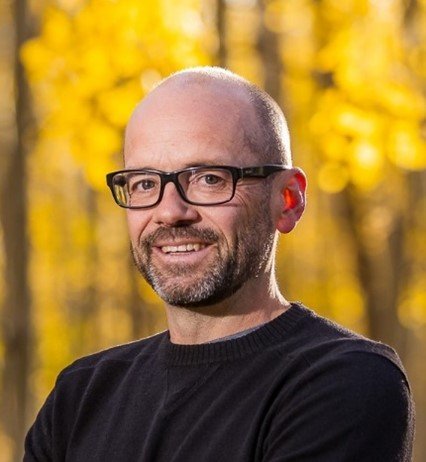 Director of Strategic Projects
Erik joined RMBL as a Senior Project Manager in 2021. He is a geologist and manager with over 20 years’ experience working complex exploration campaigns and data acquisition projects around the world. He earned his bachelor’s degree in earth science at the University of South Dakota and a master’s in geology at the University of Alaska Fairbanks. After several years living overseas, Erik and his wife Melinda moved to Crested Butte with their two boys, Hugh and Eli, in 2018 to enjoy all the benefits of living in a small mountain town.

Accountant
billy has a BS in Environmental Science from Rutgers. He came to RMBL in 1972 and has worked in the library, food service and plant, starting the accounting in 1980. Also worked for CO avalanche center for 30 years and was on a fire fighting hot shot crew for 5. A founder and board member of the Gothic Cricket Club. 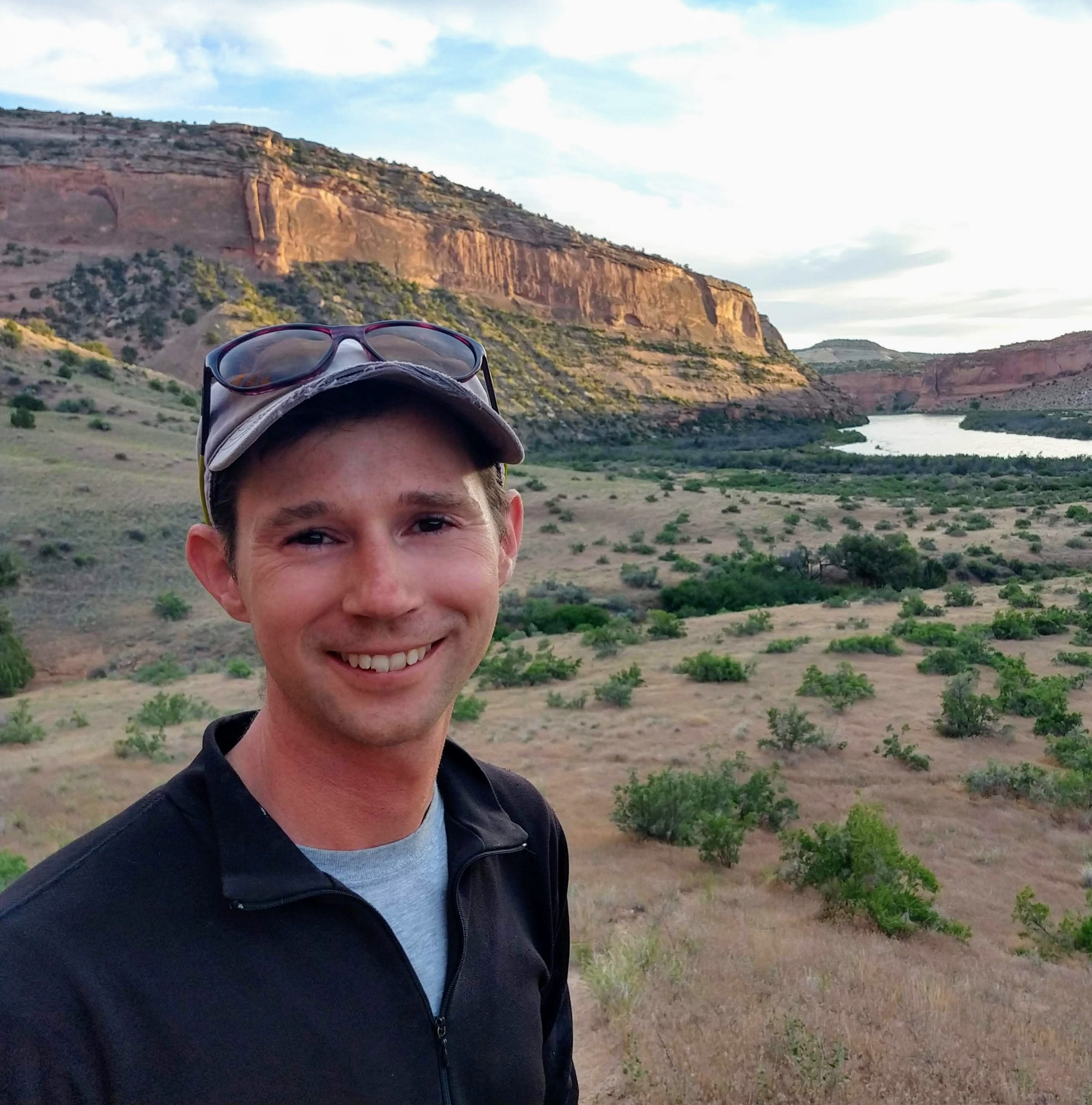 Research Scientist in Spatial Ecology and Data Synthesis
Dr. Ian Breckheimer is a landscape ecologist and Research Scientist at Rocky Mountain Biological Laboratory. Originally from Saluda, North Carolina, Ian and his wife Lizza moved to the Gunnison Valley from Cambridge, Massachusetts after Ian's 2-year stint as an NSF Postdoctoral Fellow at Harvard University. Ian’s research focuses on how landscapes (and the plants and people that live there) are adapting to global change. Much of his work links field measurements of ecological processes such as plant growth and flowering to their landscape context via imagery collected from drones, airplanes, and satellites. 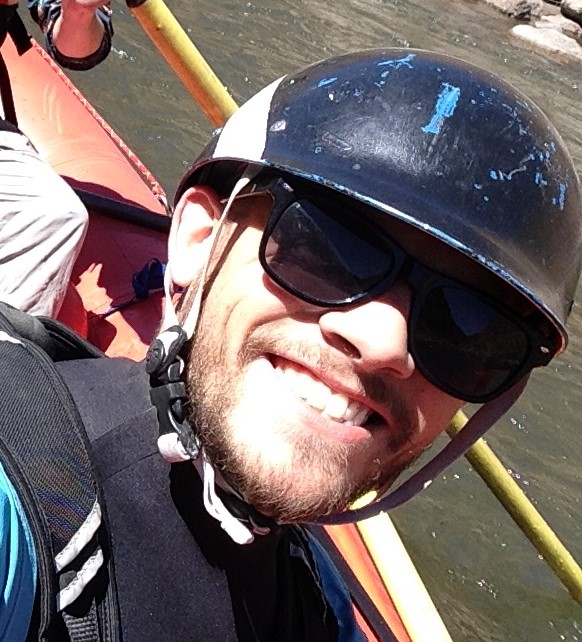 Finance and Database Coordinator
Ben joined the RMBL team in late 2019. He is a graduate of Western State Colorado University with degrees in Accounting, Business, and Economics. His passion for the Gunnison Valley is only matched by that for his wife, Carrie. Together they enjoy anything and everything to do with the outdoors. When he’s not in the office, you can likely find him floating down river or searching for his next powder turns on the mountain.

Bookkeeper
Jen started at RMBL in the summer of 2013; prior to her role as Bookkeeper, Jen was our Development Coordinator, Gothic Store Manager and Visitor Center Guide. Jen has a degree in Geology from the University of Colorado, Boulder and worked at the Bermuda Biological Station for Research. When Jen is not hiking or xc skiing in our beautiful mountains you can find her with her 'better half' Barry and their many pets! 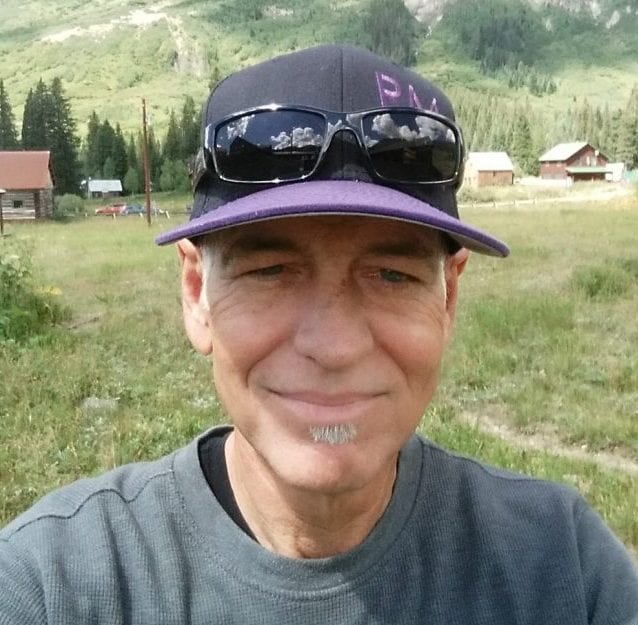 Gothic Store and Visitor Center Manager
Rick first joined us in the summer of 2014 as an Information Specialist with the CB/Mt. CB Chamber of Commerce conducting daily tours of the Gothic town site and welcoming RMBL guests, and summer residents, to the Weldon and Rosalie Weekley Visitor Center and Store. This summer he and his staff will be cheerfully serving up the RMBL message along with tasty treats; one-of-a-kind goods; and travel advice to those on an adventure. Rick grew up in Des Moines and has a BBA-Marketing from the University of Iowa. He spent more than 20 years as a VP and COO with Applebee’s International, Inc. and D’Amico & Partners, Inc. until he, and his wife Susan, moved to Grand Junction, Colorado from Minneapolis in 2002. He joined the Crested Butte Mountain Resort Ski & Ride School as an Adult Alpine Instructor in 2004, after purchasing a condo in Skyland, where he continues to pursue his lifelong passion for teaching, coaching, and sliding on snow. If you can’t find Rick at the Gothic Store this summer, you may find him on his bike, or out enjoying the “high alpine” around Crested Butte. 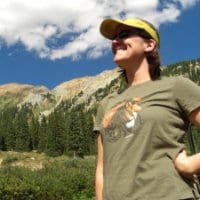 GIS/GPS Coordinator
Shannon has lived in the Gunnison/Crested Butte valley since 1996 and is a 2002 WSCU graduate with an Environmental Biology and Ecology degree. She has done GIS work with RMBL since 2007 and became the GIS/GPS Coordinator in 2011 after acquiring her Masters Degree in Geographic Information Science. While working for RMBL, Shannon also enjoys teaching GIS classes through WSCU and University of Denver programs. In her free time she enjoys spending time with family and her daughter the most. Fun activities for them include gardening, biking, cross country skiing, yoga, cooking, crafting, traveling, and they are lovers of music and dancing. Shannon thoroughly enjoys sharing her passion for GIS and GPS with all, and you are sure to find her positive, enthusiastic spunk contagious. 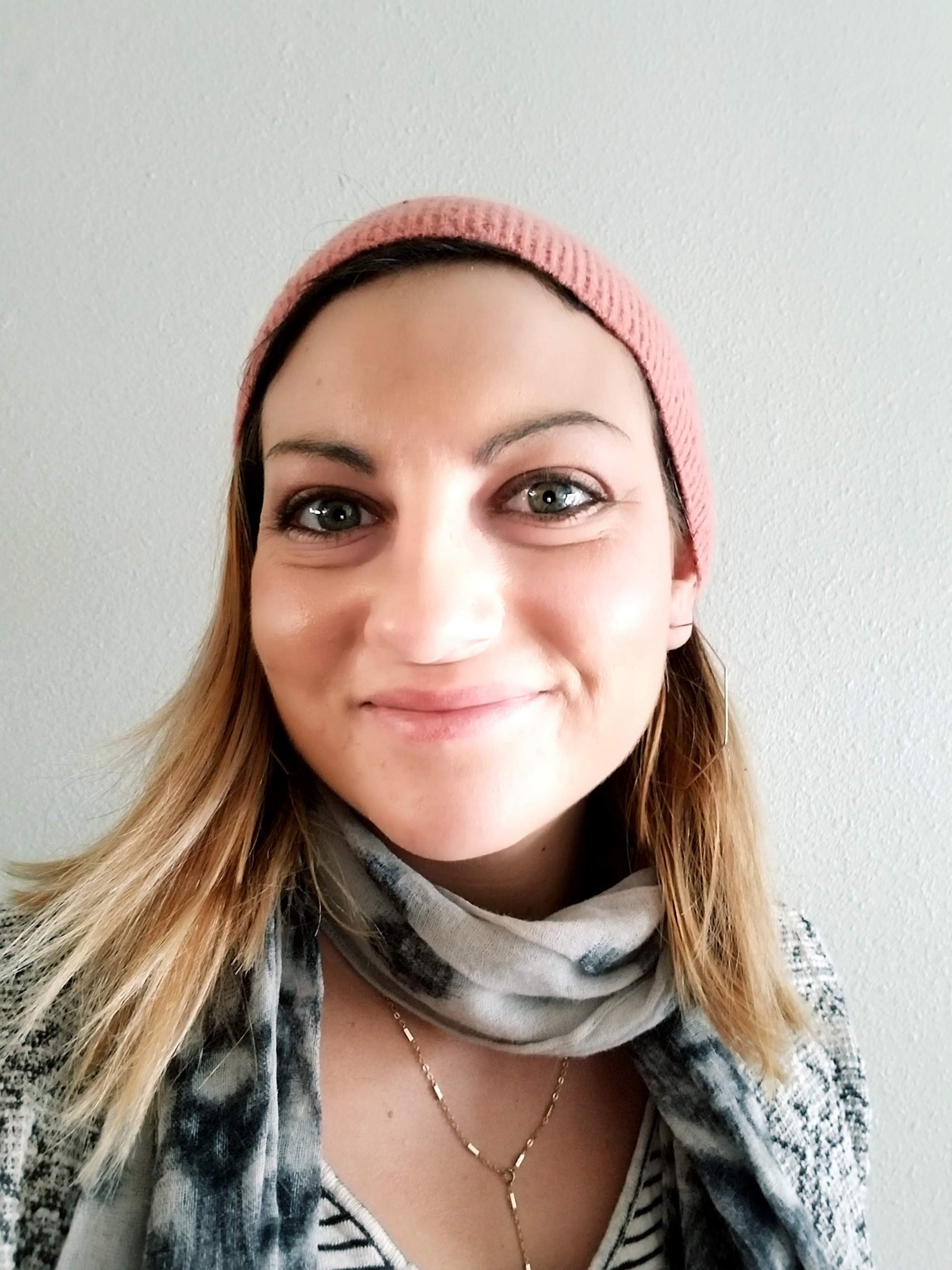 Administrative Manager
Katie comes to RMBL with a combined 15 years of domestic and international experience in the hospitality industry and a bachelor's degree from Oklahoma State University. After spending 5 years in Germany working with the Department of Defense and NATO in various hospitality roles, she and her husband decided to switch gears and move to Crested Butte in 2015. Along with spending time with her husband, Brady, and their cats, Boris & Dolores, she enjoys skiing, hiking, camping, multiple book clubs, and volunteering with the Crested Butte Fire Department as an EMT-IV. 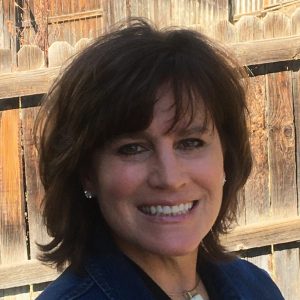 Development Manager
Lisa joined RMBL as the Project Coordinator for Development and Communication in 2021. She earned her bachelor’s degree in Speech Communication and Business Administration from The Pennsylvania State University in State College, PA where she grew up and earned a scholarship as a field hockey athlete. She later earned a master’s degree in Applied Communication from the University of Denver where she also served as the Associate Director of the Alumni Association. She has spent her career serving a variety of non-profit organizations and enjoys hiking, skiing, reading and spending time with her husband, Mark and their children, Van and Caroline. 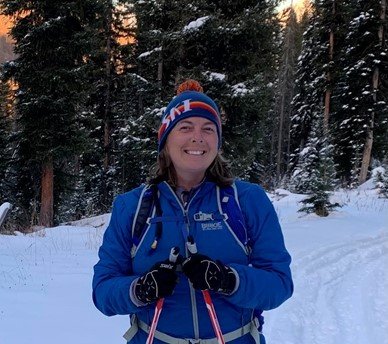 Youth Programs Manager
Katie joined RMBL in 2018 as a Youth Programs Instructor and Visitor Center Staff and now serves as the Youth Programs Manager. Katie earned her B.S. in Outdoor Education and Geography from Appalachian State University after completing a semester at National Outdoor Leadership School in Lander, WY. She then spent 15 years enjoying the diversity of the southern Appalachians while working as a park ranger in the South Carolina State Park Service and an instructor and camp director for a science education nonprofit. She found her next home here in the Gunnison Valley while working as an Education Ranger at Curecanti National Recreation Area and Black Canyon of the Gunnison National Park. When not connecting youth to nature and science, you might find Katie soaking up wildflower season, floating down rivers, going on full moon ski adventures, and taking weekend camping trips in search of hot springs with her partner, Kyle, and two dogs, Copper and Pretzel. 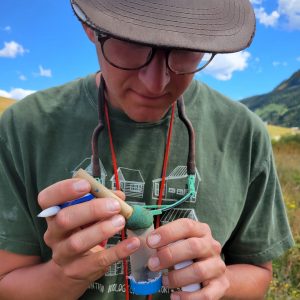 Facilities Supervisor & Science Support Technician
Benn grew up in Kansas City. The love for the mountain West, fostered by his parents and grandparents, drew him to Denver to study Engineering Physics at the Colorado School of Mines. While at school he studied hard, most of the time, and spent the balance of his time in the mountains: hiking, skiing, and leading groups of youngins’ into the mountains at YMCA Camp Chief Ouray in Granby, CO. Upon graduation, he made his way to the Gunnison Valley and first heard about The Lab while working at the Crested Butte Nordic Center. In his current position he does everything from snaking drains to keep the water flowing to fixing sensitive scientific equipment to keep the data flowing.