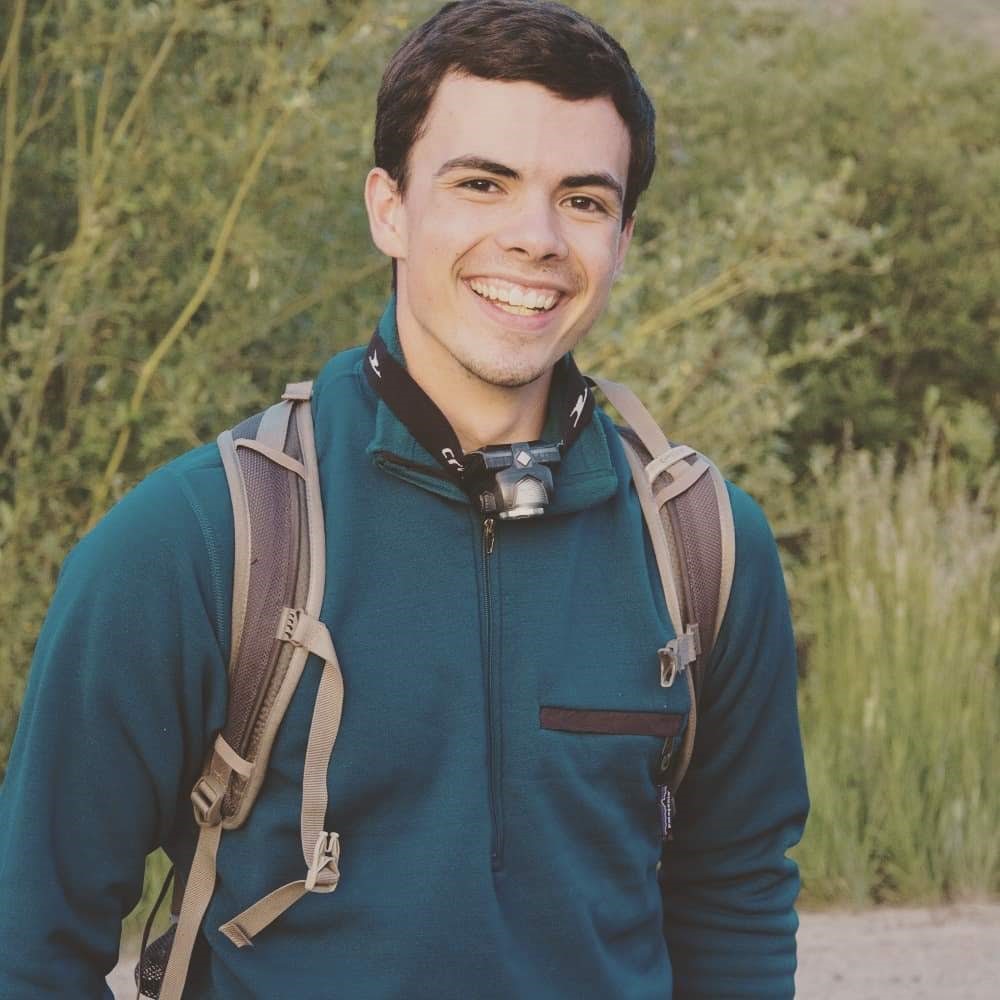 What he did last summer

For University of Tennessee undergraduate Gavin Belfry, the summer of 2019 was particularly seedy. He spent the summer assisting with Dr. Benjamin Blonder’s seed distribution research at RMBL. For six years, Dr. Blonder’s team has been looking at where plants are showing up at a series of plots on Mount Baldy. The point is to see not only what the local plant community looks like but also why the plants are there.

Gavin, who grew up on a small farm in Dandridge, Tennessee, is his family’s first-generation college undergraduate. He was at RMBL as this year’s recipient of the Ryan Brown Scholarship. “I was very, very surprised when I got it,” he said. After having already earned a full-ride scholarship to the University of Tennessee, it’s not that surprising to others.

How does he feel about his summer at RMBL? “It’s absolutely changed my life,” he said. A student focused on ecology and evolutionary biology, Gavin was perfectly suited for Dr. Blonder’s Macrosystems Ecology Lab. What’s more, in addition to studying seed distribution, he also spent time on Dr. Blonder’s aspen mortality survey. Scientists are trying to learn the genetic and ecophysiological basis for the massive deaths of quaking aspen in drought-ravaged southwestern Colorado. Being a strong hiker, Gavin was quickly tapped for the field team and given a six-foot slingshot to knock leaves out of the surveyed trees.

Much of his time at RMBL was spent in the field, as well. “Most people think of science as very high-tech. But a lot of it is simply walking and gathering data,” he said. Gavin and colleagues took soil samples near designated plants, inspected them for seeds, then returned the soil to the plots, tagged with glowing markers that are visible from an aerial view. In effect, they created a “heat map” of the seeds. Investigators are comparing the distribution of seeds to that of adult plants. They’re asking if there are spatial patterns in where seeds are found, what factors determine how they got there, and how the composition of the seed community compares to that of adult plants.

Why study seeds? The goal is to build ecology predictive models that scientists can use globally to understand how plant communities will change in years to come. Given the changes scientists have already seen, this knowledge will be invaluable for understanding what changes we can expect across the planet.

So far, the research suggests that seeds tend to aggregate around adult plants, but why is still uncertain. Are wind-borne seeds being “caught” by the plants? Or are the seeds dispersed locally? And what role does topography play? If climate change affects the aggregation of seeds around plants, we need to understand how in order to predict its effects on local plant communities. If vegetation plays a role in how seed communities are distributed, what is the implication for areas where the land is clear-cut?

The need to construct a model for understanding global plant communities is vital. And for Gavin, participating in such work was fortuitous. Besides contributing to Dr. Blonder’s research, he lined up a gig for next summer. He’ll be in Sweden alongside Dr. Riccardo Bommarco, researching insect and plant ecology in agricultural landscapes. That spontaneous connection happened in the RMBL cafeteria. “If I had not been at RMBL, I wouldn’t have had that opportunity,” he said. Science is clearly expanding his horizons.

After his summer in Sweden, Gavin plans to apply for future summers at RMBL. He’s eager to return to the place that taught him such valuable lessons about field science, like: Nothing goes as planned (three feet of snow delayed the start of their research; Stuff happens (after hitting his head, a concussion put him out of commission for a week); and RMBL truly embodies the power of place. “There’s a lot of great science that takes place there,” he said. “Given RMBL’s focus on climate science, the world would be very beholden to listen.”

Gavin Belfry is an undergraduate at the University of Tennessee. He studies ecology and evolutionary biology with a focus on the interactions of plants and pathogens. He is especially interested in how plants respond to extremes and how this knowledge can be applied to agriculture and ecology in our rapidly changing world. Gavin spent the summer of 2019 at RMBL, working with Dr. Benjamin Blonder’s Macrosystems Ecology Laboratory conducting soil seedbank surveys and assisting in the lab. In his free time, Gavin enjoys rowing, backpacking, and gardening.