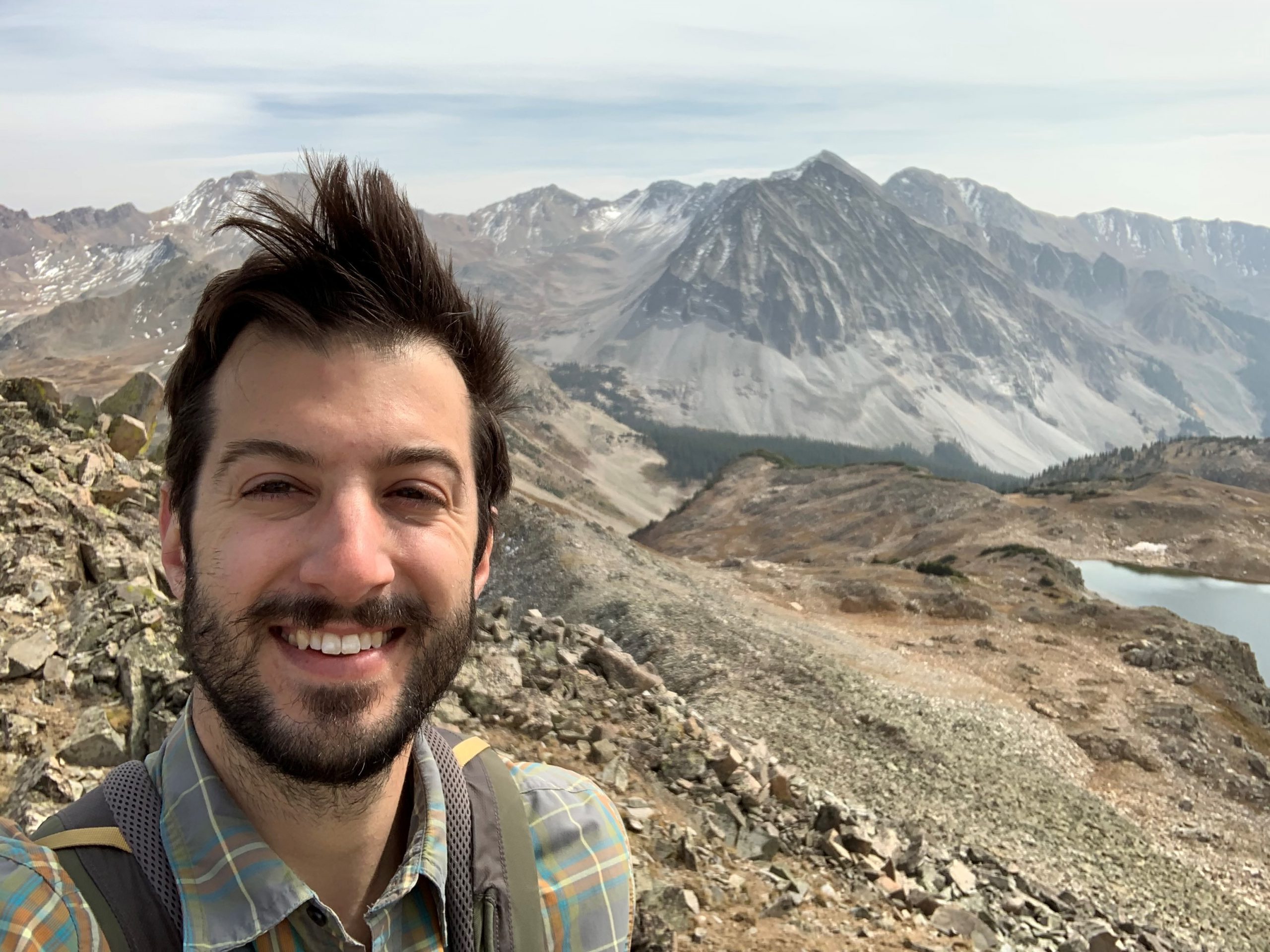 Yet his impact on science endures. The Lee R.G. Snyder Memorial Scholarship Award, given to graduate student researchers, shapes the experiences of young scientists and inspires a lifetime of scientific pursuit. Lee Snyder once said that his greatest pleasure came when he was out in nature collecting specimens, especially at RMBL. A recipient of the award, Andy Gloss, said that he understands exactly how Lee must have felt. The summers he spent at RMBL as a graduate student solidified his career plans and rebooted his love of nature so completely that he wants to help others achieve the same experience.

Now a postdoctoral researcher at the University of Chicago, Andy hopes to become a professor and expose his students to the unmatched rewards of doing research at RMBL.

While at RMBL, Andy became well-acquainted with bittercress, a hearty plant that grows in an extraordinary range of habitats — in evergreen forests or open meadows, along streams and lakes or in water trickling from a mountainside. He also got to know the enemy of bittercress, an insect called Scaptomyza nigrita, which feeds on the plant with gusto, leaving a distinctive pattern of destruction.

Bittercress alone is a worthy target of study. The landscape around RMBL is filled with a diversity of habitats, and bittercress manages to grow in almost all of them, from densely shaded forests to open meadows to mountain slopes high above the timberline. A single strategy for growing is unlikely to work well for all these habitats, so how does bittercress cope? Andy and his PhD advisor, Dr. Noah Whiteman, wondered if bittercress populations had evolved to grow in ways that helped them thrive in their local habitats. Another graduate student, Parris Humphrey, worked with Andy on the project.

Andy collected bittercress from both shady and sunny sites and transplanted them into sunny and shaded plots near the RMBL townsite. There, he monitored how they grew in each environment. He found that bittercress grew differently depending on from where they were collected — and these differences did seem fine-tuned to help the plants do better in their “home” environment. For example, many plants stretch out their leaves when growing in shade. They perceive shade as a signal that a neighboring plant is growing over them, blocking the sunlight they need for energy. Their aggressive stretching is an attempt to overgrow neighboring plants in a battle for sunlight. For bittercress in open, sunny habitats, this strategy makes sense. But deep in forests, attempting to outgrow trees would be futile, and the energy invested in growing outstretched leaves would be wasted. Indeed, Andy found that bittercress collected from sunny sites stretched out when transplanted into shade, but bittercress from shady sites dialed down this impulse.

Sunny habitats are filled with insects that eat bittercress, but these insects rarely venture into the colder, shaded forests. Andy found that bittercress collected from sunny sites spent more energy making toxins to protect itself from insects, while plants collected from the shade did not. A question for the future is whether this is because bittercress from sun and shade have diverged in genes that control how they grow and defend themselves, and which genes might be involved. In the long term, understanding how plants like bittercress thrive across such a variety of habitats could translate to growing crops more efficiently across different habitats as well.

Andy also collected enough specimens of S. nigrita to do in-depth genetics work to understand how the insect coped with the defensive toxins bittercress produces. Altogether the research he began at RMBL grew into the subject of the PhD he earned at the University of Arizona. His focus was on how insects like S. nigrita evolved the ability to eat plants and defend themselves against plant toxins, which involved using biochemistry, genetics, and genome sequencing and analysis.

For Andy, the time spent at RMBL was mind bending. Growing up in the flat lands of Wisconsin didn’t prepare him for the grandeur of the Rockies. Nor was he expecting to exchange his wariness of heights for the immense joy of standing alone at the top of a mountain.

He was equally awed by RMBL’s breadth of resources. Many researchers build on these to kickstart new projects. In Andy’s case, previous decades of research on bittercress at RMBL set the stage for his work, and RMBL’s herbarium, housing a vast range of plant specimens, including bittercress, helped him learn more about the feeding preferences of S. nigrita.

Among RMBL’s most valuable resources is its unique community of world-renowned scientific experts. And it keeps growing, inspired by the farsighted vision of RMBL that passionately embraces the future of science, from creating more living and working space for researchers at the coming Crested Butte campus to drone-mapping of the entire expanse of RMBL property.

RMBL also gave Andy his first chance to mentor young scientists through research projects. Undergraduate Joey Frazier worked with him on the common garden experiments. So far, Andy has mentored more than 20 high school or undergraduate researchers, many of whom will be co-authors on scientific papers, and some have already gone on to careers in evolutionary biology, genetics, and medicine.

The last summer Andy spent at RMBL was in 2011. But he has stayed connected, serving on both the Graduate Fellowship Committee and the Research Facility Design Committee. “I still feel very much a part of what’s going on there,” he said.

Lee Snyder’s enormous contributions to science inspired a scholarship in his name. It was this scholarship that helped allow Andy to be at RMBL. It was being at RMBL that changed the trajectory of his career and inspired him to give back, just as RMBL has motivated countless students and scientists to share the experience and pass it along to new generations.

What keeps Lee Snyder’s legacy alive is not the scholarship alone, but the donations that make it possible. Gifts to RMBL do more than fund research. They create scientists destined to make the breakthroughs that change our lives.

Andy Gloss is a postdoctoral researcher at the University of Chicago. He combines experiments with genetic and genomic analysis to learn how plants evolve to defend themselves from pests and pathogens, and how those “enemies” in turn evolve to overcome plant defenses. He spent the summers of 2010 and 2011 working at RMBL with his PhD advisor, Dr. Noah Whiteman.