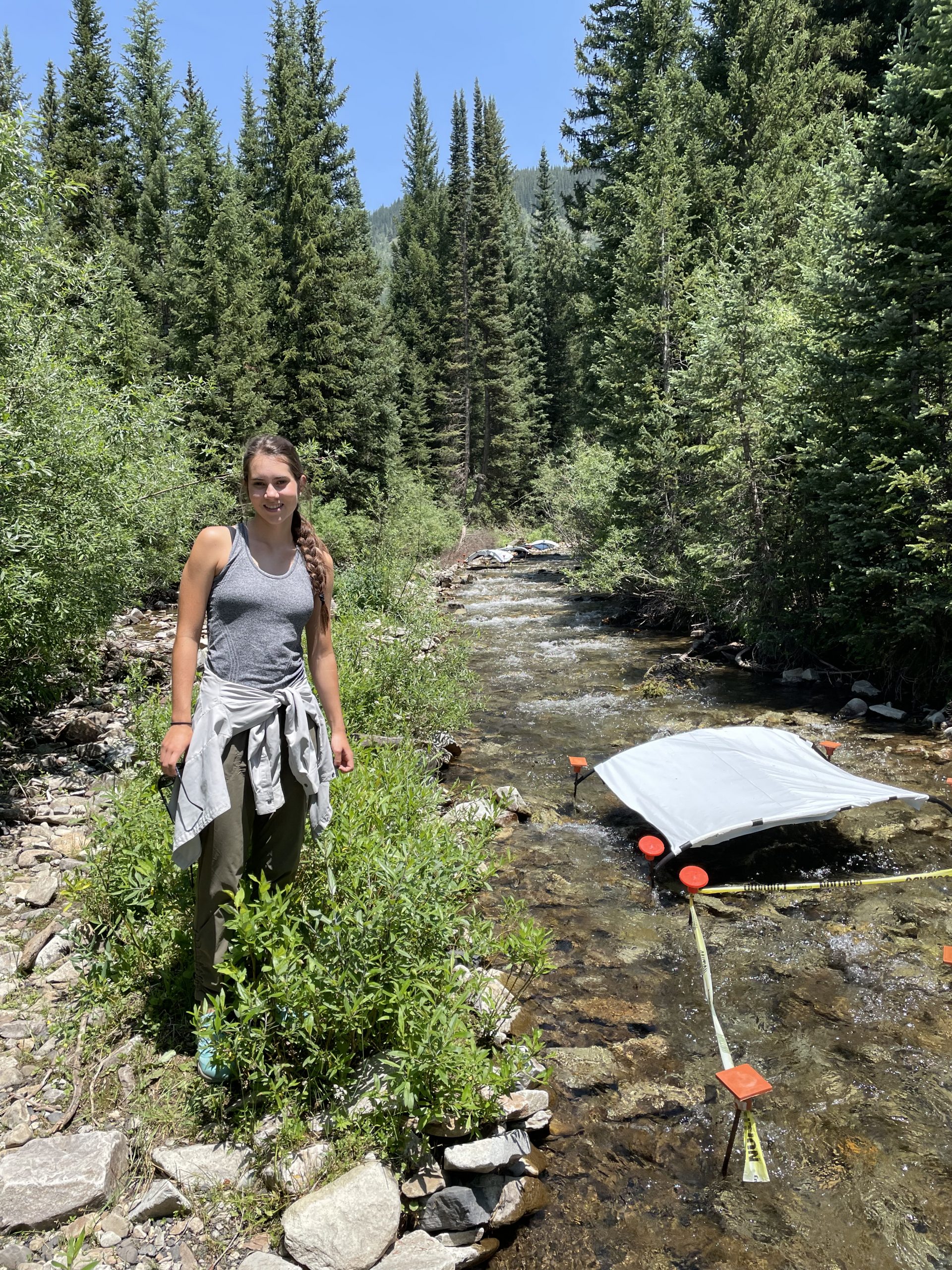 It’s so easy to get overwhelmed with the problems our world faces, now that our generation is waking up to the possibility that we could cause our own extinction. But within this dark awareness lies a spark of hope because the generation on our heels is not only aware but ready to act.

One example: Havalin Haskell. A high school senior, she’s lived in Crested Butte all her life. In fact, executive director Ian Billick and science director Jennifer Reithel used to be her neighbors. So she’s known about and admired RMBL for years.

Havalin’s one of those accomplished students who loves learning and could be a success in any field. But she wasn’t sure where her passion lay until she took the Introduction to Field Biology course at RMBL. That’s where she met the person who would become her mentor and idol, Dr. Bobbi Peckarsky, professor emeritus at Cornell University and honorary fellow and adjunct professor at the University of Wisconsin.

Havalin was enthralled. She says that Bobbi took her under her wing and ignited a fascination for field science. After presenting her project at the end of the course, she was approached by Ian, Jennie, and Bobbi, who told her that they’d like to apply for a National Science Foundation grant so she could return to RMBL the following summer and work with Bobbi on stream ecology research (see Dream Streams, April 2021 issue).

Thanks to that NSF grant, Havalin returned and plunged into a study of a nuisance diatom that Bobbi’s been keeping her eye on for nearly a decade. It seems that the diatom, Didymosphenia Geminata, or Didymo for short — nicknamed rock snot — has been flourishing in the mountain streams around RMBL. This has caused a shift in the benthetic communities (organisms that live on the stream bottom) and significantly diminished an important food source for trout, so anglers are just as concerned as climate scientists. Dr. Brad Taylor’s recent trout research has found that overall growth rates in trout have decreased by 44 percent.

Clearly, the presence of rock snot is nothing to sneeze at. Havalin and another student scientist, Mairead Brogan (see How Generosity Flows, November 2021 issue) have examined Didymo from both cause and effect perspectives. While Mairead has investigated the consequences of Didymo proliferation, Havalin has searched for causes. She looked at historical stream flow rates using Bobbi’s eight-year records of flow data, and she examined the effects of earlier and lower snowmelts on lower stream flow rates and earlier peak flow. She also looked at higher water temperatures and increased light levels reaching the stream bed, all conditions that are related to climate change.

The findings were no surprise. The lower the snowmelt and stream flow, the larger the Didymo biomass. The earlier the stream flow peaked, the more Didymo bloomed. The higher the water temperature, the more Didymo thrived. Havalin also did an experiment at Copper Creek with shaded and unshaded plots to observe the effects of increased light and less scouring of the rocks, which occurs with lower flows. Sure enough, Didymo proliferation increased in unshaded plots, which also happen to be warmer. Apparently, the streams around RMBL have made a cozy home for rock snot but not so much for trout.

Altogether, Havalin’s comprehensive study not only complemented Mairead’s research on the effects of Didymo but also led to collaborative insights informed by Dr. David Inouye’s data of clouded and cloudless days. The latter are increasing, which makes for more light and higher temperatures along with lower snowmelts and dryer streams.

In addition to immersing Havalin in valuable climate science knowledge, these summers at RMBL have given her a calling. “Spending the summer in some of the most studied ecosystems with some of the most reputable climate change scientists has solidified in me the fact that climate change is real, and it’s increasing exponentially. I want to be part of the solution,” she said.

Havalin says that Bobbi taught her the value of living a life driven by curiosity, passion, and authenticity. And she’s grateful for her time at RMBL, which was, in her words, “the coolest experience I’ve had in my life.” We predict that her cool experiences are just beginning.

Havalin Haskell is a senior at the Crested Butte Community School and plans to attend Colorado College in the fall to pursue a degree in environmental science and sustainability.