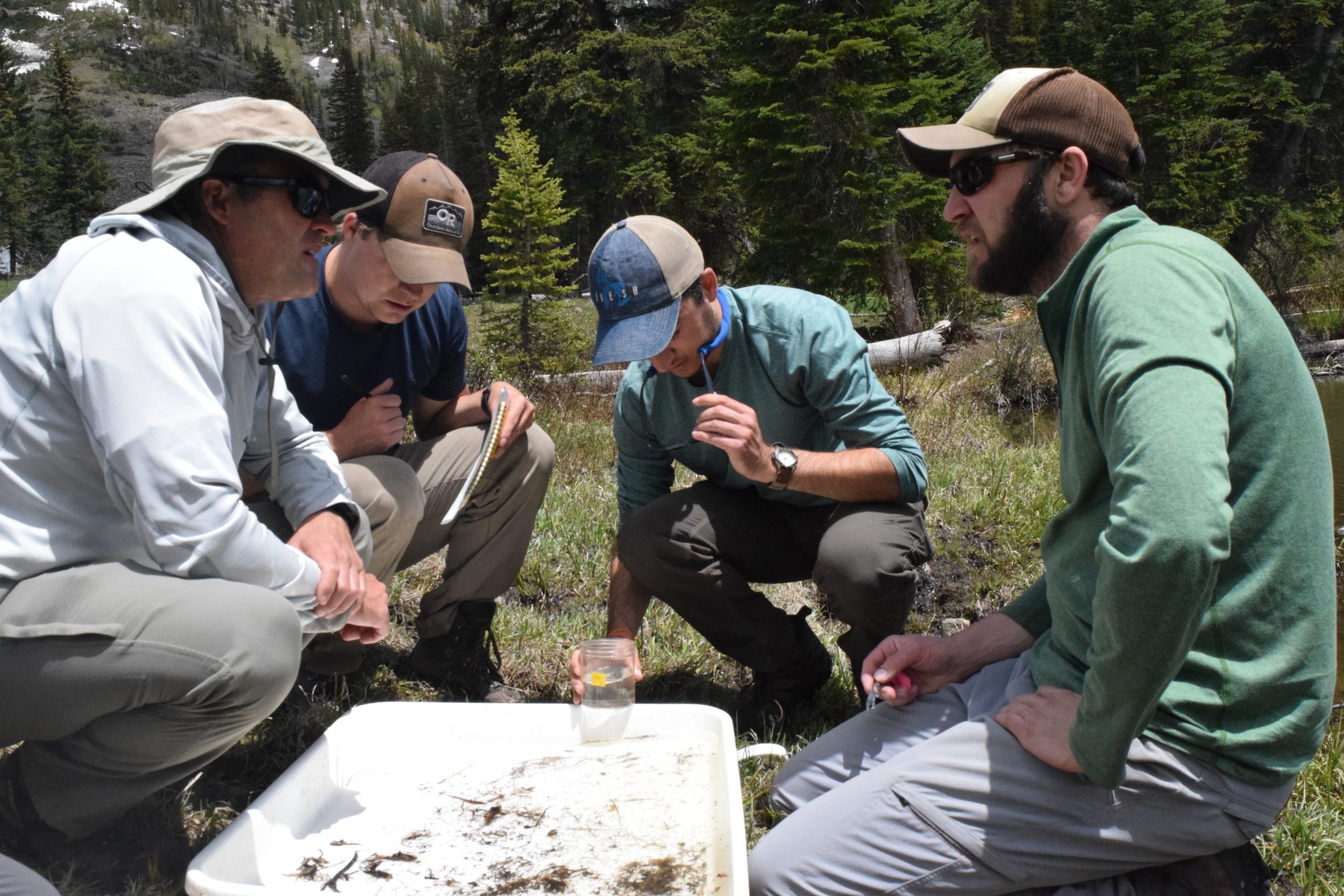 Caddisflies on the Move

When you think of climate change, it’s likely you picture glaciers melting in the arctic, or massive wildfires scorching California hillsides. You probably don’t consider the thousands of little ponds tucked away in the Colorado Rockies, many of which can be found just up the Gothic Valley. But for freshwater ecologist Dr. Scott Wissinger, the relationship between climate change and high alpine ponds has culminated in thirty plus years of research at the Rocky Mountain Biological Laboratory (RMBL).“We are using environments that are vulnerable to climate change as sentinels for larger ecosystems across the world,” he explained.

Specifically, Wissinger and his team are interested in the effects of lower elevation species moving up slope—a trend closely correlated with climate change. By using multiple caddisfly species as model organisms, Wissinger is exploring an important question: are lower and higher elevation species interchangeable? It’s expected that the upward shift will result in changes to core ecosystem processes like water quality and carbon cycling.

Wissinger’s experimental data has consistently shown that as lower elevation species move up, the rate at which they break down dead plant material—known as detritus—decreases. Detritus contains important elements like nitrogen, phosphorus, and carbon which are cycled through the ecosystem and provide nutrients to a multitude of organisms.

The less detritus that is processed by caddisflies, the less nutrients that are released into the ecosystem. While this seems like a minor consequence, it could have greater implications for the valley at large. Wissinger explains that the primary energy source for trout can be traced all the way back to detritus. Therefore, a decrease in detritus processing could spark a cascade effect impacting one of the valley’s largest tourist attractions—fly fishing.

On the other hand, if less detritus is processed, the carbon which it contains is kept out of the atmosphere reducing the contribution of freshwater ponds to climate change. Interestingly, freshwater ponds are carbon cycling hotspots; although they only comprise 8.6% of the Earth’s freshwater surface area, they account for 15.1% of total CO2 emissions from standing freshwater systems.

Although he is studying just a small subset of ponds, Wissinger plans to extrapolate his results to mountainous watersheds throughout the world. Because of its diverse water forms spread across a large elevation gradient, the Gothic valley serves as the perfect emblematic region of study.

“The vast majority of water in the west comes from valleys and headwaters just like these,” said Wissinger’s former student turned coworker, Dr. Hamish Greig.

For Wissinger, research at RMBL has always been about the students.

“One of the things that RMBL is best at, is creating a platform for transgenerational research that leads to increased understanding of high elevation ecosystems,” he said.