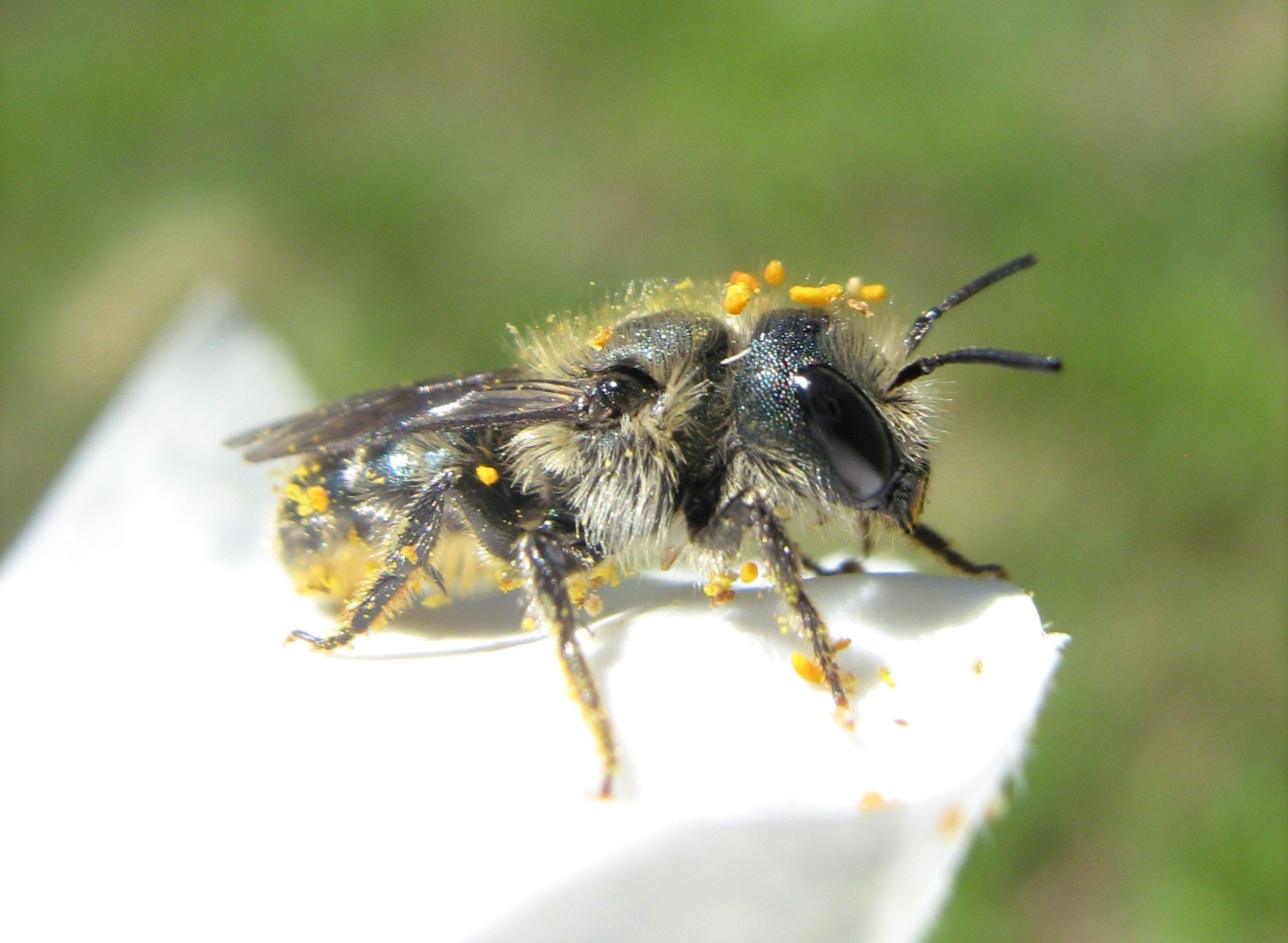 Bees are truly beautiful. At least they are to Dr. Jessica Forrest. And she’d love for you to appreciate their beauty, too.

Yes, bees are becoming more popular as more people understand their pollination superpowers and importance to agriculture. But if you mention bees, what comes to mind for most people are honeybees. And they aren’t even native to North America. Yet we have 4,000 species of wild bees in our continent, and people know very little about them. Even scientists have a lot to learn about bees, including basic information like where they nest and what they eat.

“We have this wildly amazing diversity of bees,” Jessica says, “but people don’t know them. Most people don’t think beyond honeybees.”

That’s why Jessica and her students come all the way from Ottawa, Canada, where she’s a professor at the University of Ottawa, to study bees at RMBL. Colorado has bees in abundance, over 900 species documented. Too, the elevation gradient at RMBL acts as a proxy for climate change, with higher elevations standing in for the cooler climates of the past.

Jessica ended up in bee research after spending some time as an undergraduate in a taxonomy lab, focused on flies. Having always been interested in insects, she marveled at the structural complexity and the aesthetic appeal of the specimens — “Nobody appreciates flies,” she says. “But look at them under a microscope and they’re beautiful.” Still, she was frustrated by the lack of opportunity to understand their behavior, the subjects being dead after all.

Then she studied zooplankton while working on her master’s degree but admits that she found it hard to get excited about them. Their tiny size made it impossible to see what they do in the field. She longed to study something in the insect family that was large enough to observe. Enter the bees. They’re big enough that you can identify some of them on the wing. You can even put a paint mark on an individual, watch its behavior, and follow it throughout its life. “I like that I can watch them without killing them,” she says. So bees became the subject of her PhD in 2006, and she’s been drawn to them and RMBL ever since.

Beginning in 2013, Jessica started studying mason bees, of the genus Osmia. They make cooperative research subjects because some species are willing to nest in constructed habitat, essentially nesting blocks drilled with holes and lined with paper straws. Researchers can simply extract the straws and count the brood cells to tally the offspring. This level of detail is rarely available with most insects.

The researchers’ observation method also points to another reason mason bees make good study subjects: they’re solitary, as are most bee species. This doesn’t fit the common stereotype of bees living in colonies. Ironically, it’s the life cycle of honeybees that is unusual.

Currently, Jessica is interested in two main areas of focus. One is why some mason bees feed on a particular type of pollen. Some bees are generalists in their taste for pollen (honeybees being a prime example), and other species are specialists. Many Osmia species specialize, and several of them are singularly attracted to pollen from the sunflower family. The question is why. One reason may be that their mortal enemy, a common parasitic wasp, cannot survive on the sunflower’s pollen, which may thereby act as a defensive weapon to protect the bee’s offspring.

Another area of focus is the effects of climate change on bee populations. Studying year-to-year variation and elevational variation in climate can help scientists predict how future changes could affect bee populations. One observation Jessica’s team has made is that Osmia thrive when it’s warm. But with their parasites thriving equally well, that benefit for the bees seems to be a wash.

With so many questions to pursue, Jessica will likely be studying bees for a long time. Her hope is that not only will scientists gain essential knowledge about bees but regular people will also develop a fascination for the beauty and diversity of the creatures that surround us. It’s not a stretch. They’re as close as your garden.

Jessica Forrest is an Associate Professor in the Department of Biology at the University of Ottawa in Canada. She received her PhD from the University of Toronto, where she studied with Professor James Thomson — another long-time RMBL researcher. Professor Thomson introduced Jessica to RMBL in 2006, and she has returned most summers since then to study bees and pollination. Jessica and her students also conduct research in the less topographically exciting, more agriculturally dominated landscape around Ottawa.