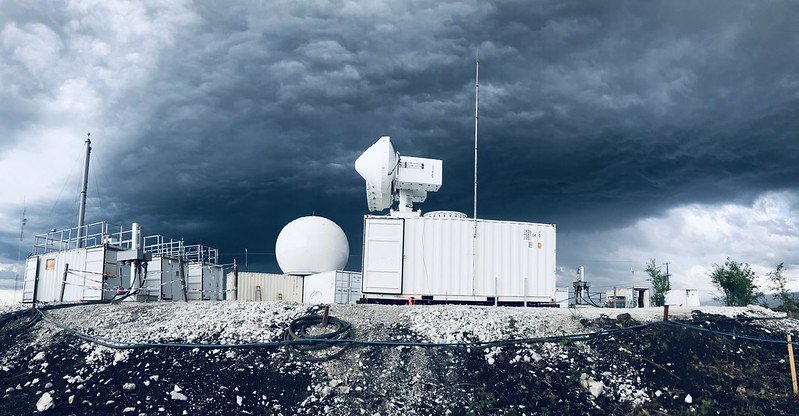 Most of us who aren’t scientists take water for granted. It comes from a faucet, but what is the source, really?

Those in mountainous states know that rain and snowmelt supply rivers with the water we depend on. But it’s watersheds that help produce and deliver it. In fact, watersheds manage water resources worldwide. And 60 to 90 percent of that global water comes from mountainous watersheds. They’re the world’s water towers.

In the American West, 40 million people — one in 10 Americans — get their water from the Colorado River. The problem is that the West is running dry. And it’s up to scientists to figure out why and determine how we can predict what water will be available for the millions who live there. Up to now, we haven’t been able to predict the timing and availability of these diminishing water resources beyond a few months. But that’s about to change.

Every year, the U.S. Department of Energy requests proposals from the world’s scientists to use parts of the Atmospheric Radiation Measurement (ARM) facility for field research. Essentially, the DOE loans out a mobile observatory containing all types of highly sensitive instruments like weather radar, lidars, spectral and microwave radiometers, weather balloons, and more.

From 2019’s call for proposals, the DOE selected a campaign called Surface Atmospheric Integrated Field Laboratory, or SAIL, because energy and water are so interconnected. The campaign will be hosted by RMBL and will take place in RMBL’s backyard, the East River Watershed of the Upper Colorado River Basin.

From September 2021 through June 2023, this project will launch the most detailed study to date of all the physical and biological processes that are impacting the water resources of the Upper Colorado River. SAIL will bring more than four dozen advanced instruments to measure not only precipitation but also solar energy, thermal energy, clouds, aerosols, winds, radiation, temperature, and humidity. Technicians will live in Gothic year-round to keep the equipment in peak condition.

What’s more, SAIL’s atmospheric researchers will collaborate with surface and subsurface scientists who are investigating the hydrology, biology, and chemistry of the land. Altogether, the data from these multidisciplinary observations will deliver — in exquisite detail — all of the factors above ground, below ground, and in the air that impact water resources in the 300-square-kilometer East River Watershed. It will be the world’s first integrated mountainous field laboratory.

Scientists hope that this top-to-bottom-and-below, or atmosphere-through-bedrock, study will advance our understanding of the atmospheric processes, the physical and biological processes, and the interactions between all of them that affect how mountainous watersheds deliver water.

Principal investigator Daniel Feldman of Lawrence Berkeley National Laboratory in California is excited about the extraordinary and world-leading levels of instrumentation and modeling on the East River Watershed that will enable studies never before possible.

Daniel’s colleague at the Lawrence Berkeley Lab and renowned RMBL researcher Ken Williams made the connection that helped land SAIL at RMBL’s doorstep. The instruments will be placed around Gothic with some sensors situated on RMBL property and some on Mt. Crested Butte, pending permission. RMBL will also assist with logistical support. At the end of the two-year period, the instruments will move on, and the sites will be restored to their natural state.

In addition to RMBL, collaborators on SAIL’s core science team include 10 universities, four DOE national laboratories, and two national research centers: the National Snow and Ice Data Center and the National Center for Atmospheric Research. The group will study precipitation, snow physics, aerosols, and the energy balance, while simultaneously leveraging other DOE resources from the Watershed Function Scientific Focus Area to study surface and sub-surface hydrology. The National Oceanic and Atmospheric Administration (NOAA) is also interested and plans to deploy instruments near the SAIL’s installation at the same time. Daniel said that it’s been a thrill to see all the researchers who are coming together to study water resources from a variety of angles.

He also recognizes the value of having nearly two years to collect measurements — two falls, two winters, two springs, and one summer. Most ARM programs last a year or less. “The extra time for the SAIL campaign will, by spanning all seasons, characterize the changing interactions between the surface and the atmosphere that accompany seasonal shifts: from snow accumulation in the fall/winter to snowmelt in the spring to monsoons in the summer,” he said. The equipment will have just come from a year’s campaign in the Arctic Ocean, where there was no small element of adventure. For example, in the midst of collecting data, the team had to keep an eye out for polar bears.

In the polar-bear-free Rocky Mountains, the scientists on Daniel’s team hope to build a benchmark data set of integrated atmospheric, surface, and subsurface processes that will be the foundation for models demonstrating that they can predict the threats to water resources in the West. Furthermore, by understanding the level of detail needed to make such prediction models, scientists can use this information to help guide plans for managing a warmer future where watersheds will be delivering different amounts of water at different times of year.

For two years, SAIL will help scientists gain a deeper understanding of how mountainous watersheds produce water. Surely knowing more about the way water gets from snow-capped mountains to our homes will help ensure that we can work together to guarantee that it’s there when we need it.

Daniel Feldman, PhD, is an Earth research scientist in the Climate and Ecosystem Sciences Division of the Lawrence Berkeley National Laboratory in Berkeley, California and the Principal Investigator of the Surface Atmosphere Integrated Field Laboratory (SAIL). He explores a variety of remote sensing research areas and is currently focused on improving observations and modeling to advance the understanding of the drivers of change in the balance of solar and thermal energy at the surface in high-altitude, complex terrain.