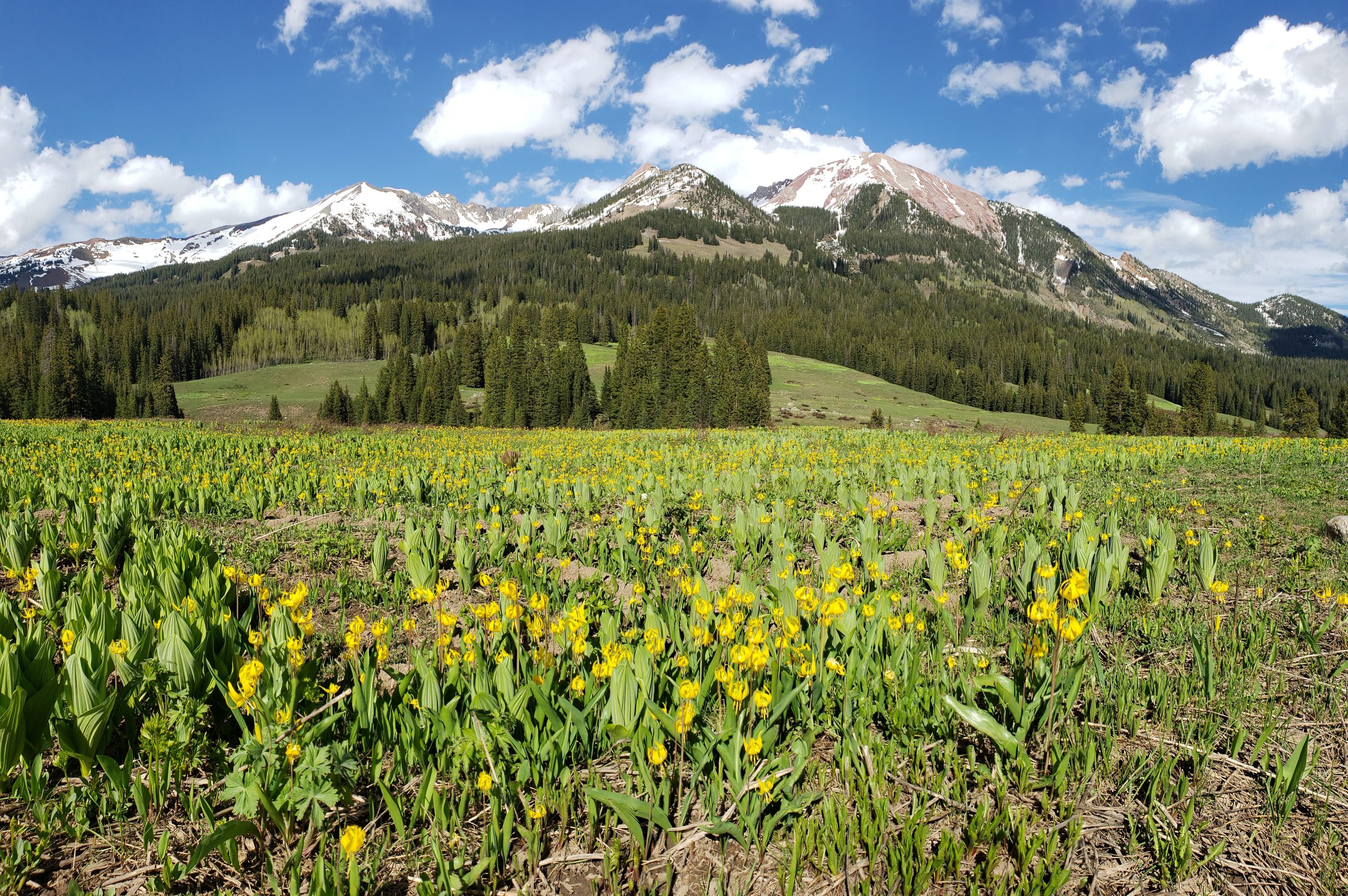 You don’t have to be a scientist to be pulled into RMBL’s magnetic orbit. Simply caring about the environment or history will do. Shelley Popke has a deep affection for both. As RMBL’s new director of development, Shelley feels that she and her job were made for each other. “It aligns with my values and skill set,” she said.

If you live or spend a lot of time in Crested Butte, she may look familiar. She and her family have been living here since 1999. It was her love of history that helped point her in RMBL’s direction. She has been the executive director of the Crested Butte Mountain Heritage Museum since 2015. She helped lead the Preserve Tony’s campaign, a multi-year renovation project to preserve Tony’s Conoco, a local landmark and the longest running business in town until the owner Tony Mihelich died in 1996. The campaign has transformed the former garage and hardware store into the museum’s home. As old buildings do, the structure continues demanding rehabilitation. Thus, as with other nonprofits we know and love, the need to raise funds is constant.

Fortunately, Shelley loves doing that, and she wholeheartedly supports RMBL’s vision for revenue generation in general and development of the North Village campus in particular, which will allow this 93-year-old biological laboratory to become a year-round research center.

Shelley was first introduced to RMBL when her daughter Isabel took a field ecology class between her sophomore and junior year of high school. Isabel remembers the excitement of the hands-on learning experience doing field work. She also helped build a town staff home as a high schooler. She’s now an architectural engineering student at the University of Colorado Boulder.

How Shelley landed her job at RMBL is serendipitous. She was searching for a new employee for the museum and happened to run across an ad for the position of RMBL’s development director. The more she looked into RMBL, the more perfectly it seemed to fit her. The rich history of a biological field station born from an abandoned mining town whet her appetite. It was bound to, given her passion for history.

Born in Calgary in the Canadian province of Alberta, Shelley’s the daughter of ethnic German parents, whose own ancestral history is so replete with the drama of surviving gulags, famines, and treacherous escapes that it became the subject of Shelley’s master’s thesis. During her childhood, her family had lived in Germany for a few years, and later she went back as a high school exchange student. So not only is she deeply connected to her family’s roots, but she also has tapped them far deeper than most.

You could say that RMBL’s history hooked Shelley in the first place. But understanding RMBL’s exceptional contribution to science helped seal the deal. “The impact is global, especially the model ecosystem concept,” she said. “There are similarities between organisms and ecosystems worldwide.”

When you get to know Shelley, you can’t miss her gratitude for being in this place at this time. “I am incredibly grateful for all who have made RMBL what it is,” she said. “I also love the idea of making a difference. That’s what RMBL is doing.”

There are abundant stories of people who have both made an impact on RMBL and been changed by it, and many of these stories live in the memories of our readers. Shelley would love to hear yours. Drop her a line at shelley@rmbl.org.

Shelley Popke joined RMBL as the director of development in 2021. She has over 15 years of experience working in the non-profit sector with an emphasis in fundraising, communication, and non-profit management. A resident of Crested Butte since 1999, she most recently served as the executive director of the Crested Butte Mountain Heritage Museum. Passionate about Gunnison County and its history, she’s currently serving on the Gunnison County Historic Preservation Commission. She holds a BA in English literature and an MA in history from the University of Colorado and is an MBA candidate at the University of Denver. Shelley enjoys reading, gardening, cooking, yoga, and spending time with her family—husband David, daughter Isabel, and adventure dog Clio—and friends in the great outdoors we call home.