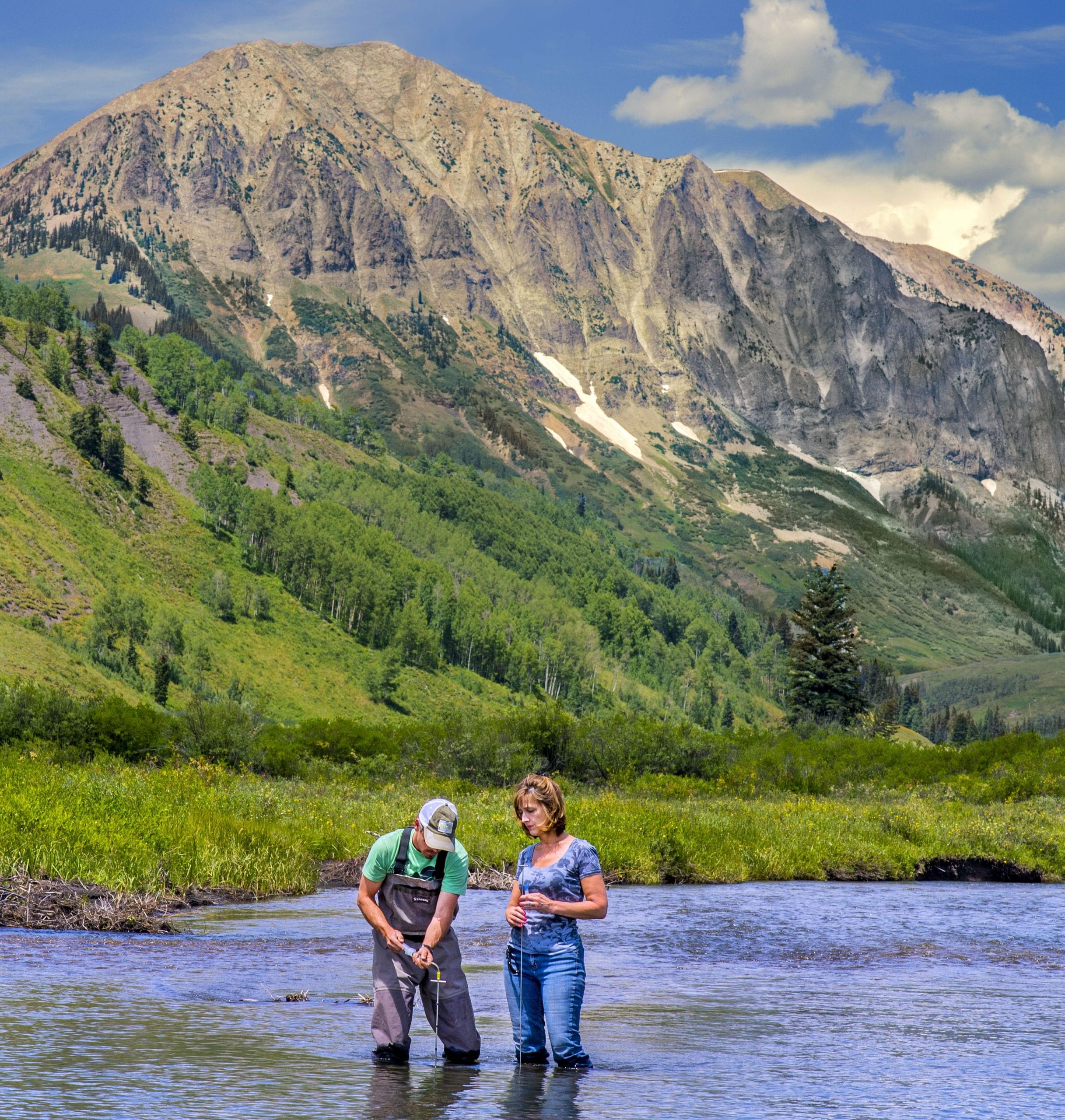 When it comes to water behavior, what happens in mountain watersheds doesn’t stay in mountain watersheds. After all, water is everywhere. It’s packed in the ice or snow, it runs through streams, it’s transpired through plants, and it hovers in the air. But it’s always on the move and always affecting every living thing it touches.

Dr. Ken Williams and colleagues are studying the East River, or Upper Gunnison Valley, watershed to understand how climate change is affecting both the amount and quality of water. It’s part of the Department of Energy’s Watershed Function Scientific Focus Area (SFA) program led by Lawrence Berkeley National Laboratory.

Why study a Rocky Mountain watershed? What happens with this high-mountain watershed affects all the people, wildlife, and industries downstream. That would be much of the western United States.

Climate change causes disturbances in the watershed. These disturbances change the amount of water we’ll have now and later, as well as the composition of that water, such as the carbon, nitrogen, and metals it carries. In turn, the water quality affects the plants, microbes, and soil it interacts with.

Dr. Williams says that an important consequence of climate disturbance is early snowmelt, which can arise from multiple factors including low snowpack, warm spring air temperatures, and dust-on-snow events. Early snowmelt is also one that lends itself to field experimentation. His team studies its impact by using three 1500 ft2 plots of snow-covered ground located at three different elevations in the watershed, covering them with black fabric tarp, and comparing these solar-heated plots to those that remain undisturbed. Then they make detailed measurements above and below ground to track the changes. Sure enough, the plants in the heated plots grow earlier, simulating early snowmelt. But do they grow for longer times? Do they use more water? And does the water from early snowmelt go deeper underground and recharge the groundwater? These are some of the questions the scientists are asking.

To make their research more representative of the whole watershed, the team uses remote observation from satellites, drones, and other aircraft along with deep well drilling and ground sensor networks to develop computer models that virtually expand the researchers’ footprint to hundreds of square kilometers.

Armed with these extended computer models, the scientists can predict the ecosystem’s response to climate change and resulting disturbances across the entire watershed. And they can use the study as a model for mountain systems throughout the West. The information they’re producing is critical to the water managers who monitor these systems in order to sustain all the things that depend on water, namely, energy production, agriculture, wildlife, and people.

They’re also demonstrating RMBL’s unique ability to make the Upper Gunnison Valley a model ecosystem for the wider world. “Partnering with RMBL was a no-brainer,” said Dr. Williams. “Their incredibly long history of data relevant to our project, their infrastructure of facilities and housing, and their longstanding relationships with stakeholders like the Forest Service, utilities, and property owners greatly enables our research.” The researchers began their experiments in May 2014. To date, over 150 staff members, students, and postdoctoral associates have worked on the project.

Dr. Williams gives RMBL much credit for helping researchers get such a large project up to speed quickly. Likewise, we at RMBL thank Dr. Williams for shedding light on the watershed that keeps our valley alive.

Kenneth Williams, PhD, is a staff geological scientist and program lead for environmental remediation and water resources in the Climate and Ecosystem Sciences Division of the Lawrence Berkeley National Laboratory in Berkeley, California. His current research interests include seasonal cycling of biologically critical elements, issues impacting the long-term mobility of contaminant metals, and the coupling of hydrological and biogeochemical processes that impact both.

Founded in 1931 on the belief that the biggest scientific challenges are best addressed by teams, Lawrence Berkeley National Laboratory and its scientists have been recognized with 13 Nobel Prizes. Berkeley Lab researchers develop sustainable energy and environmental solutions, create useful new materials, advance the frontiers of computing, and probe the mysteries of life, matter, and the universe. Berkeley Lab is managed by the University of California for the U.S. Department of Energy’s Office of Science, which is the single largest supporter of basic research in the physical sciences in the United States.