RMBL to receive Award for Historic Preservation Projects in Gothic 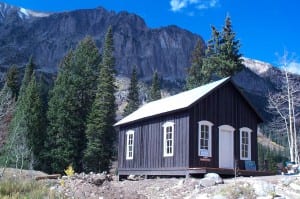 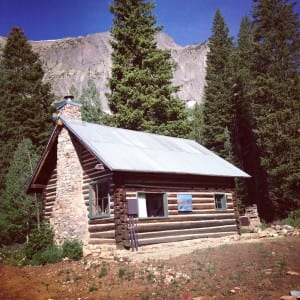 RMBL is a biological field station located on the remains of the abandoned mining town of Gothic. The mission of RMBL is to advance the scientific understanding of nature that promotes informed stewardship of the earth. Each summer, scientists and students live in Gothic while performing research throughout the townsite and surrounding area. Since it was founded in 1928, living in historic structures at the base of Gothic mountain is part of the charm and adventure of spending a summer researching at RMBL.

RMBL designated seven buildings in Gothic to be on the local register of historic places for Gunnison County. Over the last decade, RMBL partnered with the State Historic Fund to restore these structures by mimicking the craftsmanship of each building while providing stabilization and preservation of the original building materials. Three buildings are from 1880, and the others date back to the early 1900s and the 1930s just after RMBL was founded.
“We are trying to preserve representative cabins from each timeframe in Gothic’s history,” said Mike Fabbre, Facilities Director for RMBL. The earliest preservation projects in Gothic restored the Town Hall and Swallow’s Nest Cabin, both visible from County Road 317. Built from milled lumber, this old saloon now turned into RMBL’s Kids Nature Camp headquarters, and this former law office now turned into an undergraduate student summer residence, are characteristic of building styles in mining towns in the Rockies in the 1880s.

“We don’t want these treasures to disappear,” said Mike Fabbre, “We preserve cabins for scientists to have a place to live during the summer, but also to save the heritage of Gunnison County and the State of Colorado.” This past summer, RMBL completed its most recent historic preservation project on the McLeod cabin which was built in 1936 of rough hewn logs. Dr. Lawrence McLeod was an early RMBL scientist who lived in this cabin during the summers of 1940-1960.
Today, RMBL has over 70 structures on its 300 acre property. From historic cabins to modern classrooms to a state of the art research laboratory, and completed this fall, a community center and dining hall, RMBL is preserving the old while bringing in the new.