My quiz of the month—name this environmental feature!

Its moods range from raging in the spring to placid and calm in the fall.

It starts in La Poudre Pass Lake west of Fort Collins, but if we can make a reasonable argument that much of the journey starts in the valleys above Gothic.

It supports $1.4 trillion in annual economic activity and 16 million jobs in the American southwest. 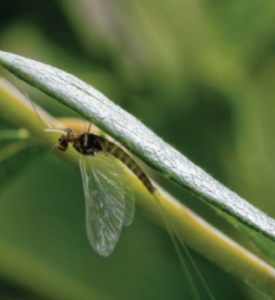 One of our long-term RMBL scientists has submerged herself in research on streams for nearly 50 years. Dr. Barbara (Bobbi) Peckarsky came to RMBL in 1974 as a graduate student and took an aquatic ecology class from the late Dr. Stan Dodson and his wife Ginny of the University of Wisconsin. After getting her feet wet with field station research, she was smitten. RMBL has been her summer home ever since.

Her work has always been about streams. She originally was interested in predator-prey interactions between stoneflies (predators) and mayflies (prey) and soon became a recognized expert in the field.