On the Shoulders of Giants

Standing on the shoulders of the giants that came before me, I know my place and I’m sticking to it.  It gives me a view to the past, and more importantly, to the future.

It can be hard to appreciate the great scientists that have passed through RMBL.  A member of the Oklahoma Hall of Fame, Harriet Barclay inspired generations of botanists at RMBL, including Jean Langenheim, a founding faculty member at UC-Santa Cruz and former President of the Ecological Society of America. 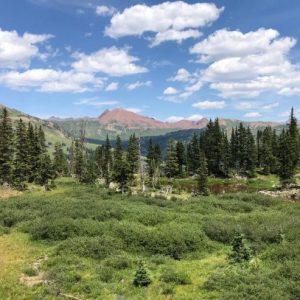 There’s a place near Gothic that is one of the best kept secrets among RMBL field scientists. It’s the Mexican Cut Preserve. A cirque (bowl-shaped basin) on the side of a mountain, it was originally a site explored for gold and silver and later abandoned. Since then, it has remained a virtually undisturbed blanket of native plants dotted with ponds. As a resource for studying intact ecosystems, its value to science far outweighs any precious metal.

RMBL scientists in the Telluride Daily Planet
Groves of Gold 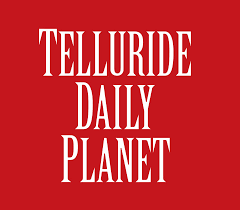