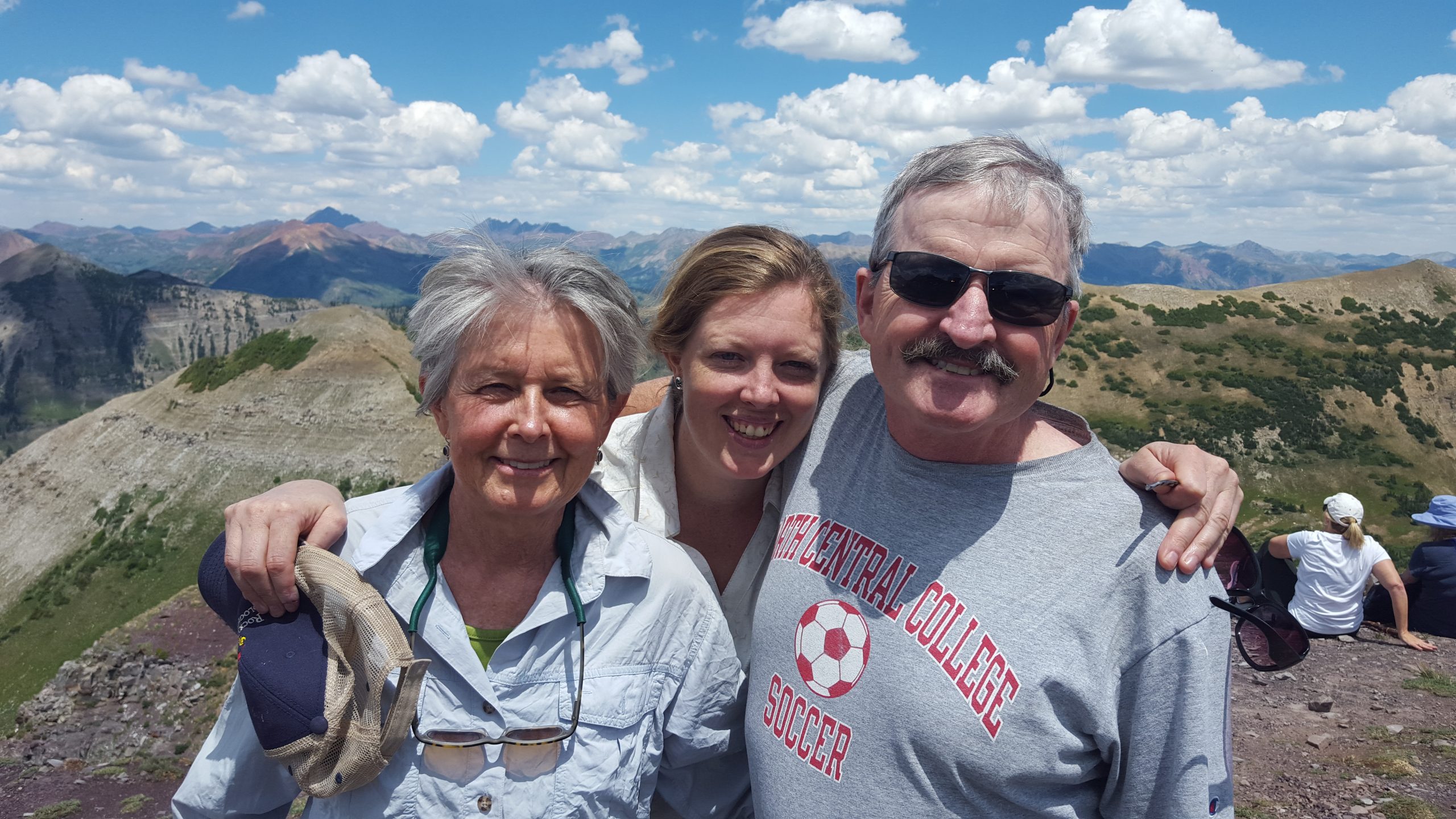 When you think of the RMBL community, it’s tempting to define it as the group of scientists and students who converge on Gothic every summer. Granted, that’s an esteemed, international group, but it represents only the scientific community. Widen that circle, and you must include the families of those researchers who return year after year, making RMBL their summer home. Then there’s the intrepid staff who keep the lab running year-round. Widen the circle further, and you capture the people of Gunnison River Valley, who visit, support, learn from, and educate their children at RMBL.

Add the generations who have been connected to RMBL since its 1928 founding, and this community becomes huge.

Still, it’s a family. And it has been since July 4, 1919, when the seed was planted in John C. Johnson’s imagination to turn an abandoned mining town into a biologist’s paradise. When Dr. Johnson formally established RMBL as an independent field station in 1928, it was his family who nurtured its growth. Two of his descendants, Carol M. Johnson and Douglas A. Johnson, are as deeply and personally connected to RMBL as their grandfather was.

Carol and Doug grew up at RMBL, spending every summer there since their childhood in the 1950s and working on the RMBL work crew from their teens into their 20s. Their father, the late Dr. John C. (Chris) Johnson Jr., had spent his childhood there, being four years old when his father John Johnson Sr. founded Rocky Mountain Biological Laboratory. Inheriting his father’s passion for science, Chris Johnson became a biology professor at Pittsburg State University and served as RMBL Director from 1968–1977. He held other positions as well, including serving on the Board of Trustees and managing the archives. Altogether, he gave RMBL 50 years of service.

His wife Dorothy served as the volunteer dining hall director during Johnson’s tenure as director. According to Carol, their parents “knew everyone at RMBL and in the Gunnison River Valley, and they gathered people into the RMBL family from throughout the Valley (and the world).”

The list of family friends in this tight community reads like a who’s who of biology. Ken Armitage, a professor at the University of Kansas, studied the social behavior and population of marmots at RMBL for more than 30 years and published over 150 papers, 16 book chapters, and 29 abstracts and reviews. He and his wife Katie, renowned in her own right as an expert Civil War historian, were close friends of Carol and Doug’s parents.

Carol, Doug, and their brother Dan, a physician who died in 2015, grew up with the Armitage’s three children. Karole Armitage is a world-renowned dancer and choreographer based in New York City, with a home in Crested Butte that she’s had 30 years. Keith Armitage is a physician at the Cleveland Clinic and an international expert on infectious diseases. Kevin Armitage, PhD, is a historian who worked at Gothic for many summers and introduced Carol’s daughters, Avery and Vera, to the care and biology of marmots. Today Avery is a genetic counselor at Mount Sinai Hospital.

Another former work crew member and friend of Doug’s, Thomas Budd, MD, is a cancer specialist at the Cleveland Clinic.

In the summer of 1972, a student researcher showed up at RMBL and took a short-term job measuring water quality. That student, billy barr, became not only a friend of the Johnsons but also a fixture at Gothic. His more than 45-year records of the snowpack, the spring emergence of hibernating animals, the return of birds, and other environmental data have proven to be a treasure trove of data for climate scientists, often cited in scientific articles.

The thrill of growing up in a unique environment among extraordinary individuals has not been lost on Carol and Doug, who said, “It’s amazing that you can go into the dining hall and end up talking to world-class scientists. That would be difficult at a university setting.” Nor have the siblings taken the Gunnison Valley’s exceptional beauty for granted. Both have homes in the area and spend a good part of their summers there. “I value the fact that RMBL has kept its original flavor. It still reminds me of my childhood,” said Doug.

And what a bucolic childhood it was. “Our parents just let us play,” Doug said. “There were no poisonous snakes to worry about, no insects that could kill you. No TV, no radio, no internet. It was very much a community.”

What more could a child want than to enjoy free access to the limitless fascination of nature and the lifelong rewards of friendships with the children of interesting scientists? Clearly the experience left its mark. Doug, now retired, became a biology teacher for middle school and high school students. Carol became a lawyer in the financial services field. She met her husband of 49 years when he was working on a PhD at RMBL.

Carol and Doug no doubt count themselves fortunate to know some of the pioneers of modern environmental science. But it is the close relationships, still maintained, that they seem to remember most fondly. “The best part of growing up there was getting to know the people,” said Carol.

At a time when calamitous world events can keep communities apart, no one knows better than these two how meaningful it will be when we can come back together.

Carol grew up spending her summers in Gothic with her parents and brothers Doug and Dan. She kept horses, which were lodged at the corral and big barn near Copper Creek. She spent many happy days in the high country, herding cattle for the Cattlemen’s Association. In her teens and 20s, she worked on the RMBL work crew and was head cook in the RMBL dining hall. Carol became a lawyer specializing in investment management and worked 30 years for a major financial institution. She is now Executive Director of an art house cinema that shows nearly 300 international films a year. Carol met her husband Russell Miller, a PhD student studying columbine and their pollinators, at RMBL. They’ve been married since 1971 and have two daughters, Avery and Vera, who also grew up at RMBL. Avery was a field assistant to RMBL biologists during college and is now a genetic counselor for a major hospital in New York City. Vera is an accountant for a health care firm in western Massachusetts. Carol served for 10 years on RMBL’s Board of Trustees. She and Doug both have second homes on the river in Gunnison. They love to hike, sit by the river, and visit with friends. They remain avid RMBL supporters.

As child growing up at RMBL, Doug Johnson played in the streams, forests, and meadows of the East River Valley. In high school and college he worked on the work crew at RMBL. From 1976-2017, Doug taught biology and general science in public middle and high school. During the summers of 1984-91, he brought high school students from Columbus, Indiana, to RMBL for the Rocky Mountain Field Ecology Institute, where students worked alongside scientists studying the high-altitude environment. Now retired and living in Evansville, Indiana, with Kim, his wife of 29 years, he supervises student teachers for the University of Evansville. They have two married children and one grandchild. Their daughter Katy, an elementary art teacher, and her husband Jake live in Evansville. Their son Jake, a website designer, lives in Aix-en-Provence, France with his wife Hannah and their son Laz.